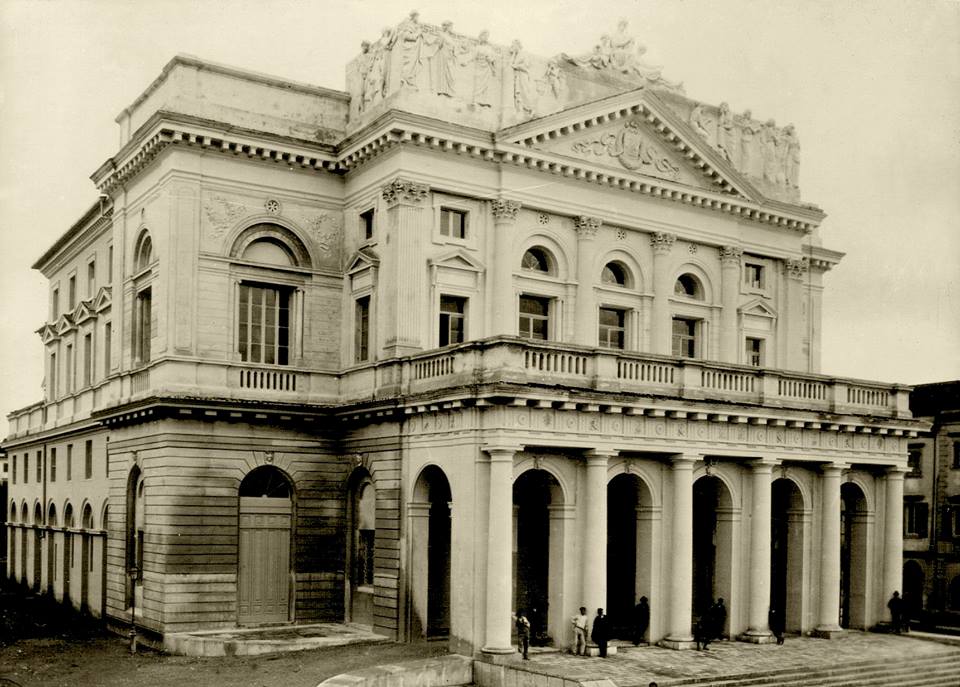 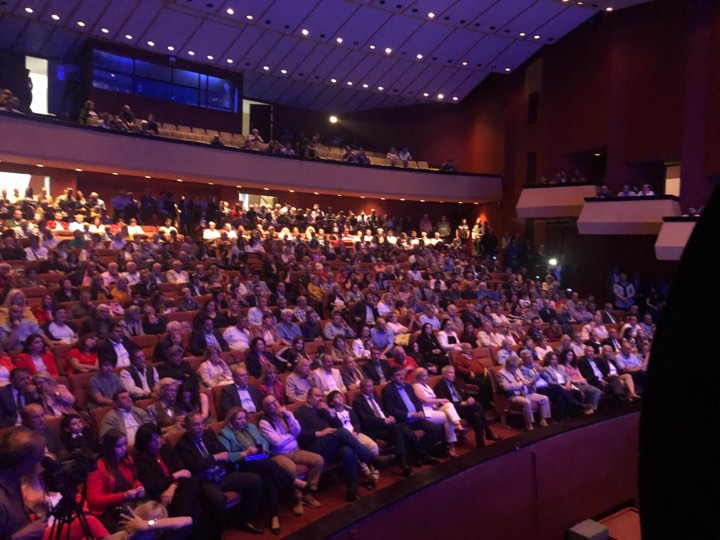 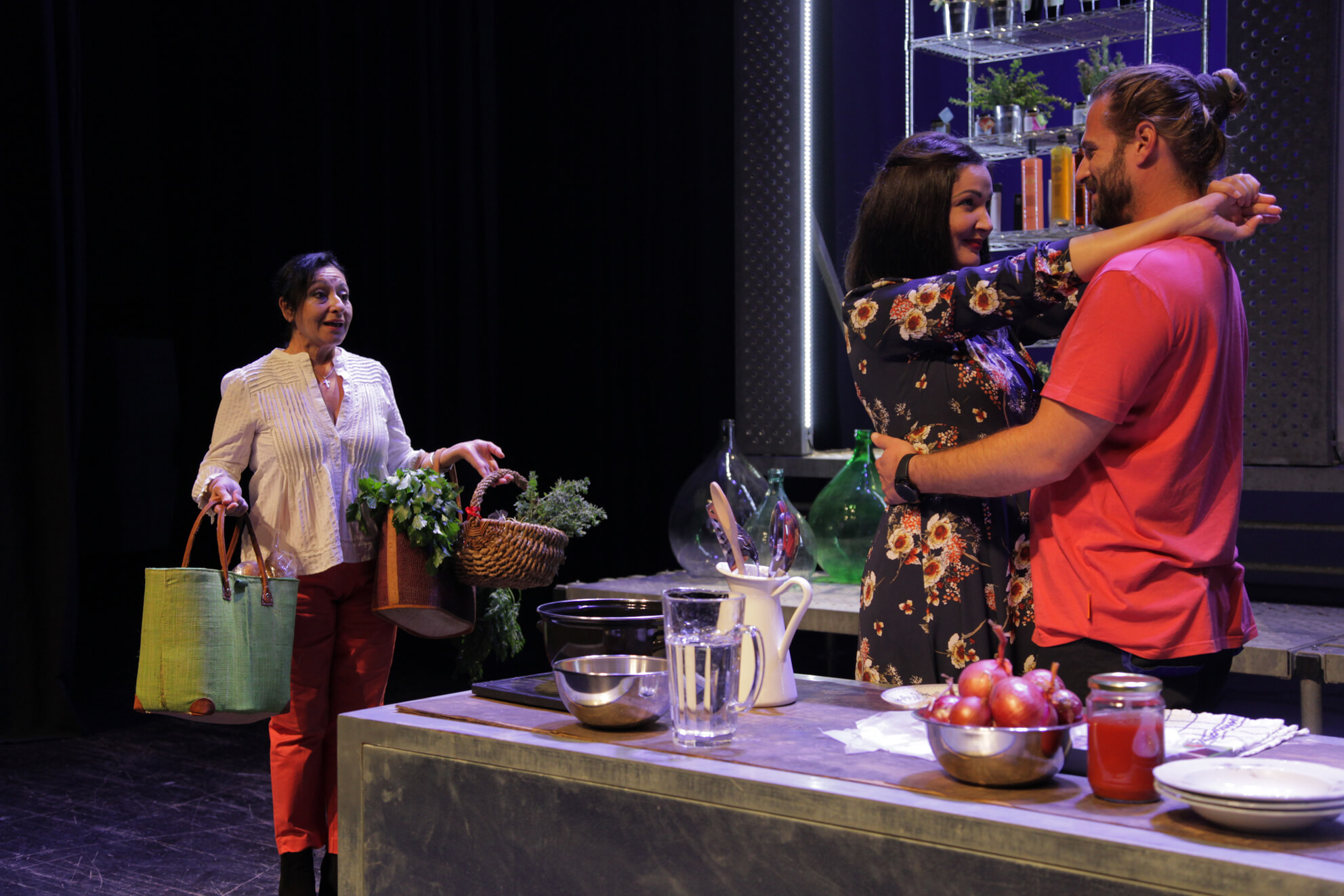 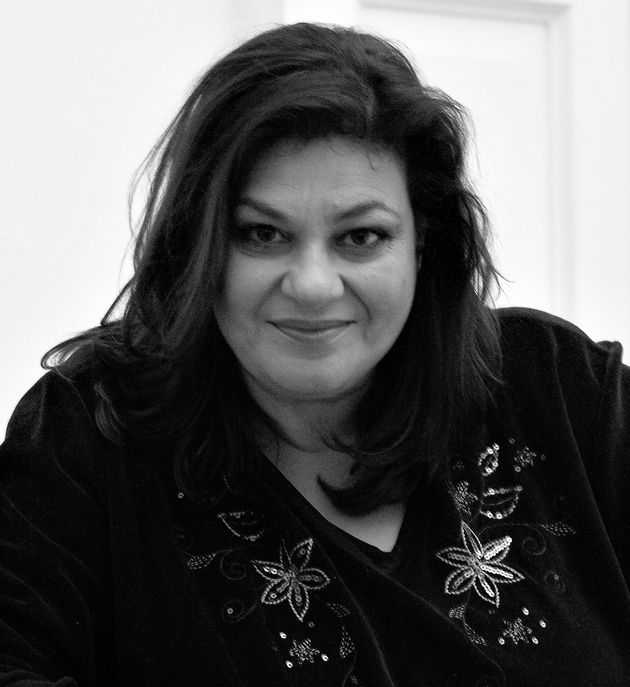 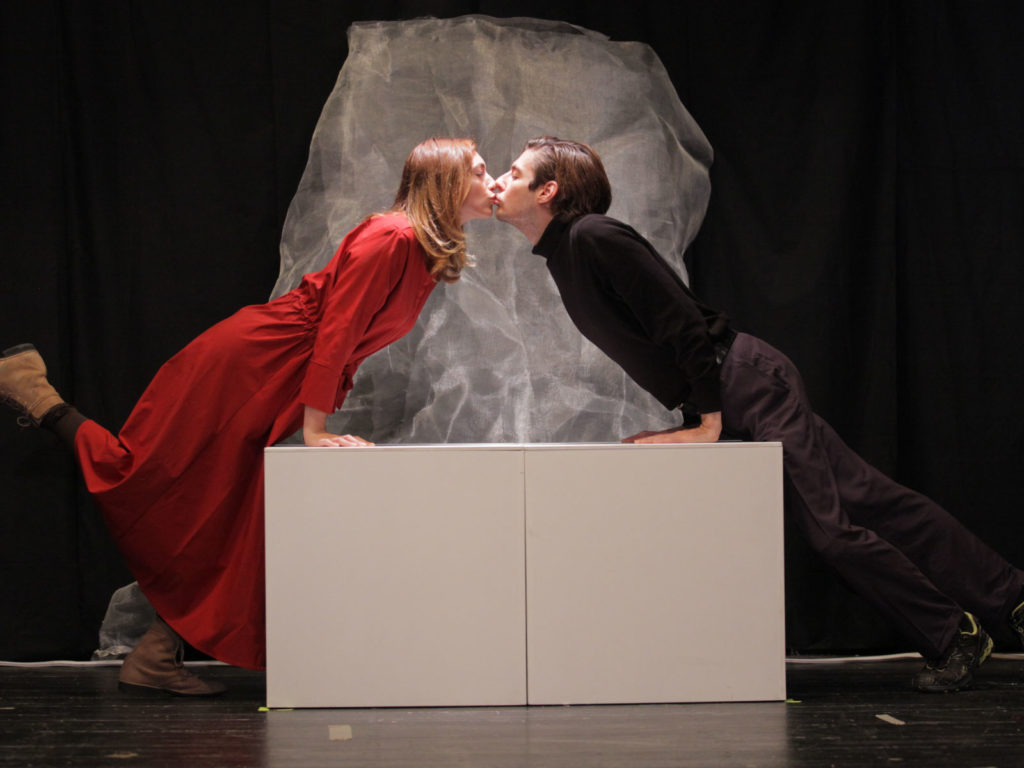 The Municipal Regional Theatre of Corfu was founded in 1997.

It is the newest in the series of establishments of the institution of DI.PE.THE. and has a special character as it is located in the most advanced 'gate' of the country to the West, on Greece’s northwestern border, in Corfu, the largest island and capital of the Ionian, with its rich history and distinct temperament and tradition, especially the culture field.

THE THEATRE IN CORFU

Corfu in its long journey through history had the good fortune, together with the sister islands of the Ionian Sea and Crete, to meet theatre from a very early age, as it had been formed in Europe.

Already in the 17th century the first small theatrical scenes were created in which even the lower social classes would be entertained.

In 1663 and in a central part of the city (Cale dell ’Acque) the construction of the Stoa (Loggia) begins in order to be used as a meeting place and for the nobles of the city. In 1720 the Stoa was turned into a theatre, and was named "Nobile Teatro di San Giacomo" because of the Catholic Diocese (Duomo) which is located next to it and is dedicated to the memory of St. Jacob.

Initially comedies and dramas were presented, always in the Italian language and from around the middle of the 18th century opera performances also began to rise.

The close relationship of Corfu with Naples, which was the centre of Italian opera, and even during the British occupation, the prevalence of Italian melodrama throughout Europe, gave the lead of musical theatre on a stable basis in all the Ionian Islands .

At the same time, dramas and comedies were being staged, works by Metastasio and Goldoni, but also works in the Greek language, with a landmark in 1817, the ascent of "Polyxeni" by I.R. Neroulou. At the same time, the Ionian Academy organised performances with transfers of well-known Greek actors of the time who worked in the Danube hegemony and Russia, but also with the participation of its students. In 1925, the important Greek-Romanian actor of the time, Konstantinos Kyriakos Aristeas, came to Corfu, who presented "Orestes" by Alfieri, "Andromachi" by Rakinas and others.

At the same time, operas by Greek composers were presented, such as Mantzaros, Carrer, Samaras, etc.

At the end of the 19th century, the Municipality of Corfu, considering that San Giacomo could no longer accommodate the needs of modern melodrama, decided to create a new theatre, a building that would become a monumental symbol of the Ionian Islands and its culture.

It was preceded by the new theatres of Athens, Ermoupolis and Patras, which sealed with their presence these cities that were in a period of great economic prosperity.

The work, which was very expensive at the time, was commissioned by the Italian architect Pergolese.

The theatre belonged to one of the best and oldest in Europe, with high acoustics and rich interior decoration curated by Italians with a dominant theme of music and the gods.

· Another aspect of the Old Municipal Theatre

The official opening of the new Municipal Theatre took place on December 7, 1902 with "Loekrkin", the first performance of Wagner's work in Greece.

In the first 25 years of its operation it hosted many operas from Italy. Since 1923, the theatre hosted and presented Greek operas as well as theatrical performances by distinguished actors such as Marika Kotopouli and Pelos Katselis. Spyros Samaras, in 1914 and on the occasion of the fiftieth anniversary of the Union, presented his work "The Cretan Girl", and among the spectators of the show were King Constantine and Prime Minister Eleftherios Venizelos.

The history of the theatre lasted only 41 years, but it managed to be the cultural flagship of Corfu, the one that underlined its uniqueness and managed to remain in the memory, as one of the most important lyric centres of the Eastern Mediterranean, and in general contributed significantly to the arts and the culture of the Balkans.

The history of the architectural masterpiece ends ignominiously, on the 13th to the 14th of September 1943, the night of the burning of the city of Corfu by the Germans, where it was burned along with a significant part of the buildings of the Old Town, by the German incendiary bombs.

During the post-war period, the building was considered to have no architectural and historical value by the Corfiot architects Ioannis Kollas and civil engineers Georgios Linardos and Renos Paipetis so the Corfu municipal council with Stamatis Desyllas as mayor unanimously decided to demolish it in a meeting on March 31, 1952, despite the strong protests of the people of Corfu.

In the 70's. in the same place, in the centre of the city of Corfu, the current Municipal Theatre was built. The study and supervision was undertaken on a non-profit basis by the distinguished Greek architect Pericles Sakellarios.

The DI.PE.THE. CORFU, in addition to the production and co-production of professional theatrical performances, is active in Educational Actions, Events related to Cinema and Digital Media, Actions to the Community, and Socially Vulnerable Groups, (Prisons, Disabled, women’s associations along other associations), and lastly, with the CITY-SCENE Festival it tries to integrate the natural and historical environment of the whole island, by a modern original creation.

But there is also the theatre we make for our soul

and with our soul,

and this concerns everyone. 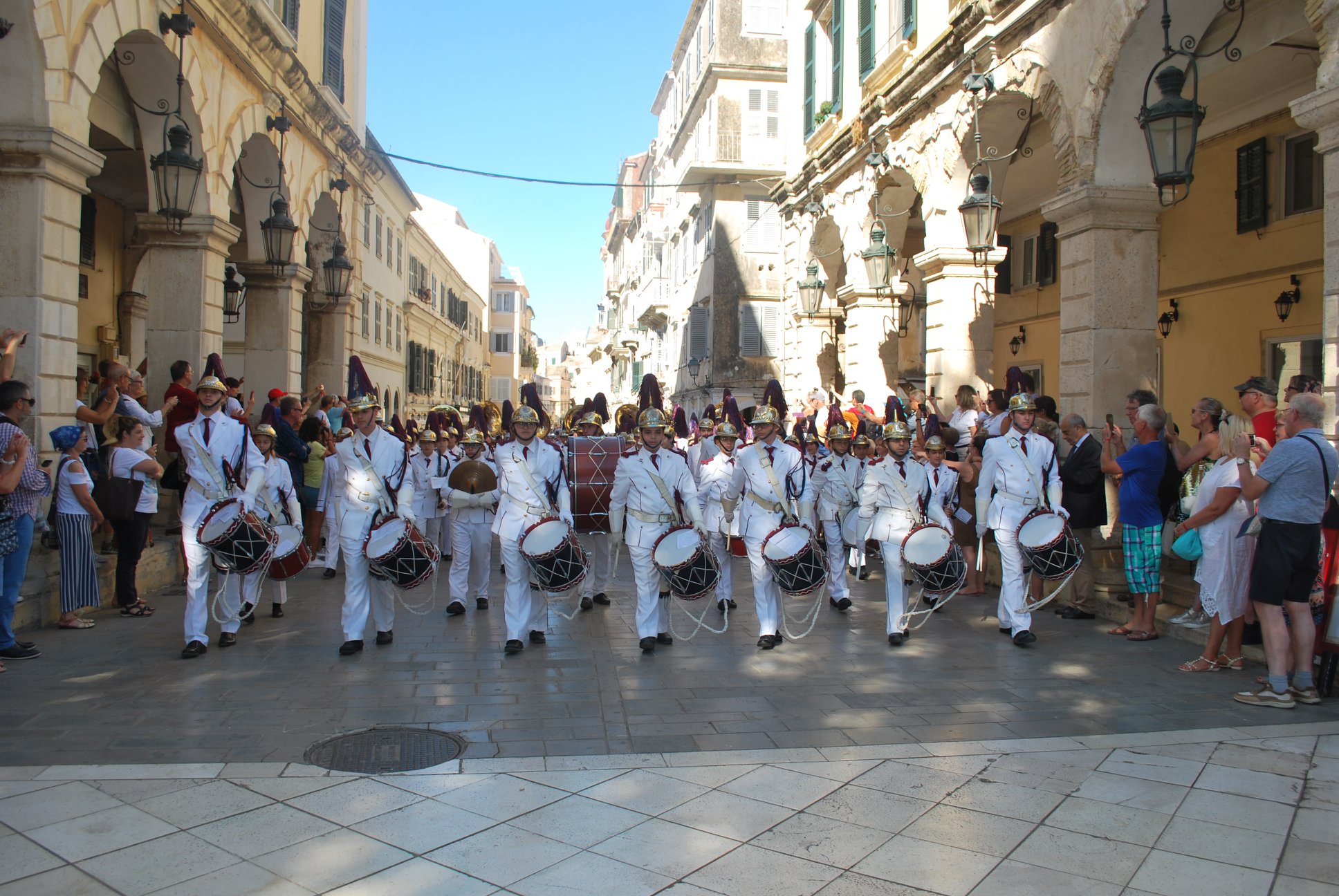 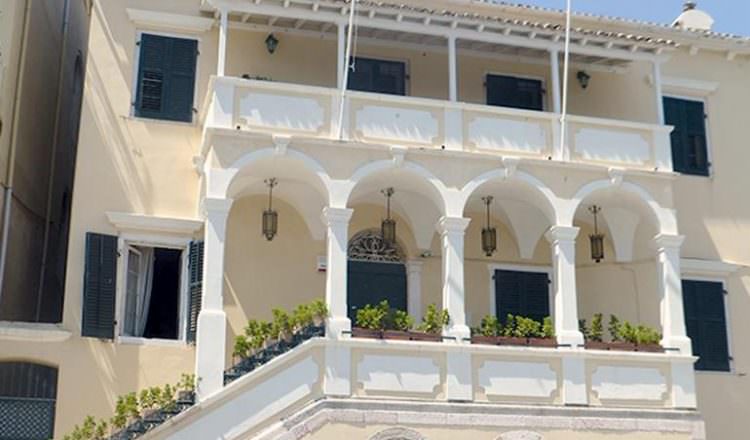 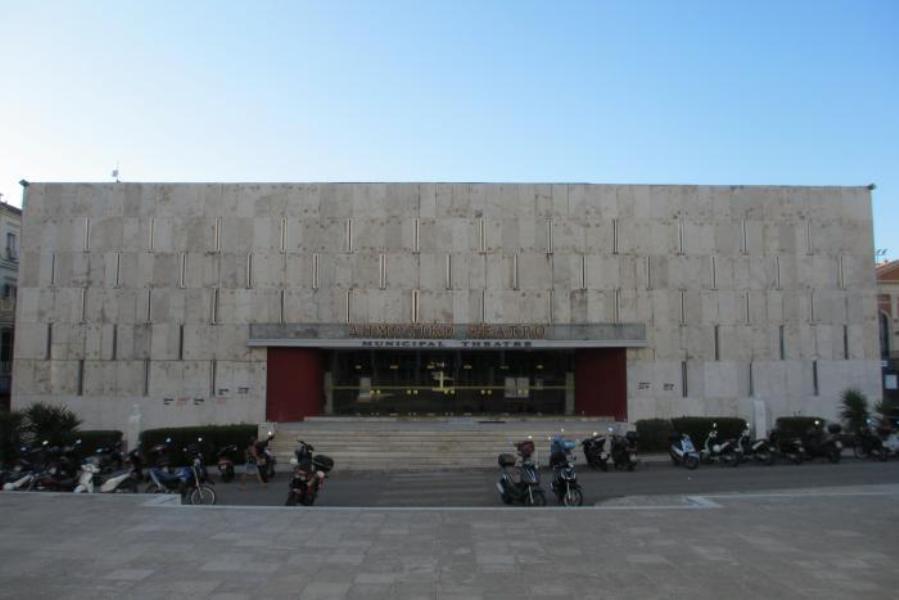 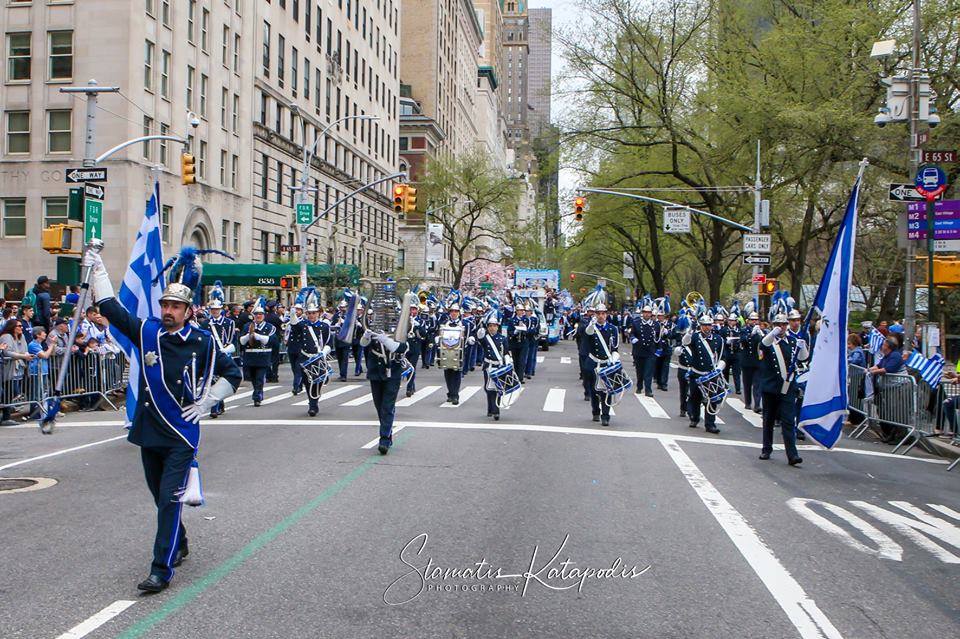 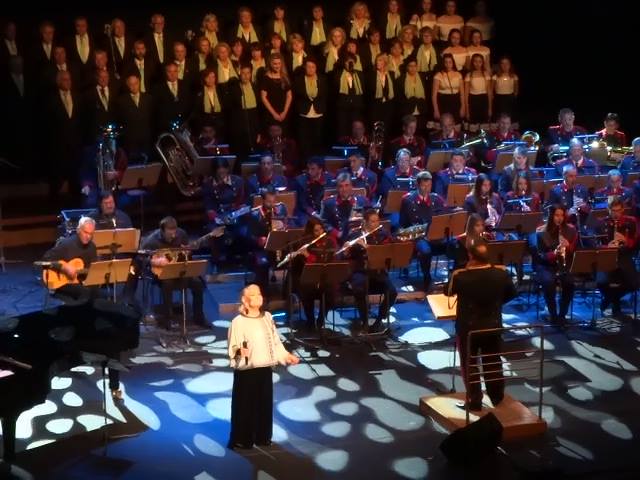 Next up
The Gastouri music band “Omonia”
Read more